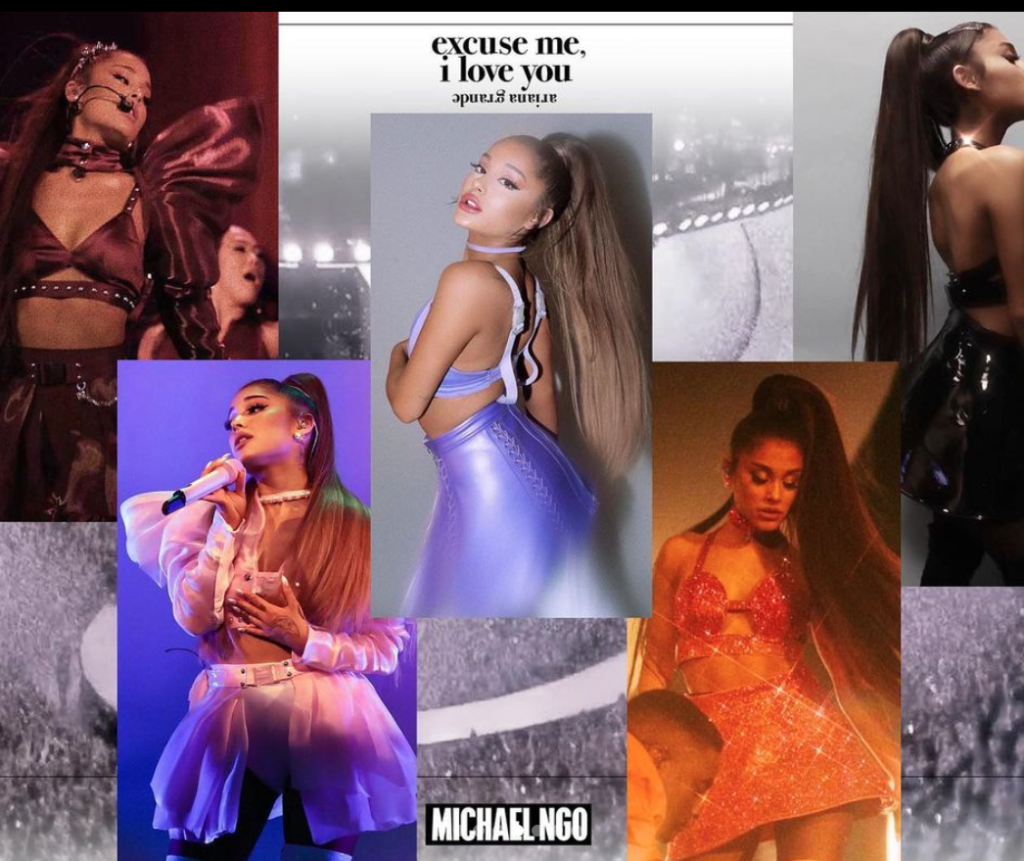 With the recent release of Netflix's "ariana grande: excuse me, i love you," a film showcasing Grande's London performance on her Sweetener World Tour, and sharing a behind-the-scenes look at her life, Ngo's art takes center stage (literally.)

With the recent release of Netflix’s “ariana grande: excuse me, i love you,” a film showcasing Grande’s London performance on her Sweetener World Tour, and sharing a behind-the-scenes look at her life, Ngo’s art takes center stage (literally.)

Who is Michael Ngo?

Born and raised in San Jose, California, Ngo first entered the fashion scene, working as a stylist at a high-end retailer on Melrose Ave in L.A. In 2011 while attending a performance of Lady Gaga’s “The Monster Ball Tour,” Gaga herself called out Ngo from the stage. “Bitch! That is a really great outfit. Did you make that yourself? You are fucking talented!” Gaga had called to him in front of a sold-out Staples Center. Later in May of 2012, Ngo gave her the first of three jackets he’d gift to Gaga. After graduating from The Art Institutes of California as valedictorian, he began work for his first runway collection, “Shinobi Ballroom,” which debuted at Los Angeles F/W Fashion week in 2015.

How did Ngo and Grande meet?

In an interview with Ngo for Out Magazine, Ngo details the process of joining Grande’s team for her “Dangerous Woman Tour;”

“Image Architect” Law Roach is the lead stylist for the Dangerous Woman Tour, and he brought on celebrity stylists Joey Thao and iCON Billingsley as creative collaborators to execute the immense challenge of the world tour. Joey is a good friend of mine, who I work with closely for his clients, and Law had seen some of our previous work, so he mentioned my name as one of the designers to submit for the tour. Joey immediately reached out to me about this amazing opportunity—I was shook, and that’s how the magical connection began. I couldn’t be more grateful.”

For the 58 show world tour, Ngo created the look for Grande’s second act (pictured above and below), an all-white, massively oversized jacket with chrome detailing and white lacing, with bra and baggy, double-waist banded pants to match. For the third act Ngo clothed the backup dancers in custom pink jogger sets, including sporty mesh tops and satin boxing shorts with custom “Dangerous” patches.

Ngo’s background as a dancer was key for designing Grande’s tour garments. Ngo said to Out Magazine, “I understand that designing for entertainers and performers has to not only be seductive to the eye, but practical and constructed to allow movement and provide functionality.” Ngo was able to allow the dancers to move freely by adding gussets, and panels to all the dancer’s pieces. It’s not just about movement, the clothes also need to be able to come off quickly, in a mere matter of seconds, so Grande and performers can change in-between numbers. Ngo achieved this by adding hidden zippers and snaps.

March of 2019 kicked off a new world tour for Grande. Touring both her 2018 album “Sweetener” and her 2019 album “Thank U, Next,” the singer needed new outfits that would dazzle her audience, as well as showcase the poppy upbeat attitude of Sweetener and the darker and edgier attitude of Thank U, Next.

Grande chose three designers to create the five looks she unveiled during her first SWT performance: Unravel, Versace, and of course, Michael Ngo.

As the world tour continued Grande added more outfits, including more from Ngo.

What’s Ngo up to now?

In April of 2020, right at the start of the Coronavirus Pandemic, Ngo dedicated his time to a worthy cause. “I’ve just gathered all these fabrics just in case I needed to make a duplicate or something like that, so I had a whole stockpile of fabric,” Ngo explained to Page Six Style. “And then when the lockdown happened I was like, ‘Oh, crap. I can’t believe this. What can I do?’ I want to make masks and donate to hospitals and organizations near me.”

But Ngo didn’t stop there. He launched a limited edition set of “Revival” masks, made from fabric remnants from some of his most famous collections. The masks ranged in price from $45-$500 and 100% of the proceeds went to the L.A. Food Bank. From an article on their website the L.A. Food Bank said, “During his two-week fundraiser, Ngo raised a total of $29,500, which will provide the equivalent of 118,000 meals to our neighbors during these trying times.”

In an Instagram post written by Ngo about “Excuse Me, I love You,” the designer said “Watching this film allowed me to relive one of the BEST experiences of my creative existence and now it’s immortalized in pop-culture history for the world to see! Saying that I’m honored to work with such an incredibly talented & dedicated team for this tour is such an understatement. ⁣Thank you from the bottom of my heart for allowing me to create for you…”